A few days after I submitted my campaign video, we got a message from Mary Beth Herkert that my video made it to the top seven. During the voting week, I was excited to watch not only my video but also the campaign videos of all the other six finalists with my classmates at school. As we watched all the videos, we analyzed the pros and cons of each and cast our vote for the one we thought was the best. I knew I had a campaign plan that was sincere, passionate, and easy for fifth graders to follow. However, I also liked the campaign videos of many of the other finalists- Ben who advocated for Parks that were inclusive of children with disabilities, Akshara with her campaign against plastic pollution, Bella advocating for kindness were all very impressive. I just hoped for the best and waited patiently for the results.

The day of results, November 18th, came and went and there was no mention of the outcome. I began to assume that perhaps another candidate won the most votes and left it at that. Wednesday, November 20th, started as any other day. I went to school and was still settling down when my teacher, Mrs. Brundidge announced to the class that there was a surprise assembly that morning for 3rd-5th graders.

When we all walked to the cafeteria and sat down at the assembly, certain things felt different. For starters, there were media people there with their giant cameras- a first for me at our school. The second thing that felt different was- my abacus teacher, Miwako Sensei, was seated there. I assumed that she was there to give a presentation about the benefits of using abacus. But then, I saw my parents, my little sister Taara, who was supposed to be at her daycare, and my friend, Mahathi, who was supposed to be in Middle School, all seated along the sidelines! 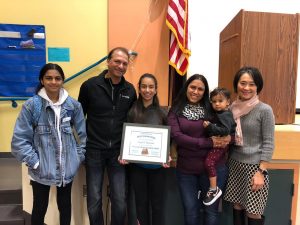 Before I could process it all, Erikka Baldwin, Oregon’s Kid Governor 2019, announced the results of the election and that I was going to be Oregon’s next Kid Governor!

Mary Beth explained to everyone about the Kid Governor program. Deputy Secretary of State, Rich Vial, spoke about the importance of kids learning about their civic duties at a young age. My teacher, Mrs. Brundidge, had some amazing things to say about how deserving I was to receive this award! I later talked to the press and answered their questions. After I clicked some pictures with my family, Mary Beth, Mr. Vial, and previous Kid Governors, Dom and Erikka. I signed some paperwork and returned to my classroom. 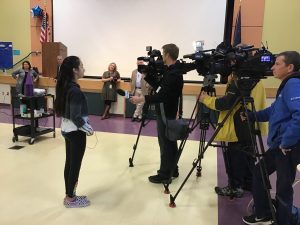 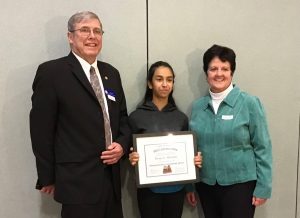 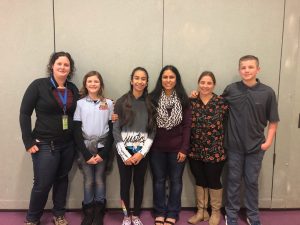 I felt very proud of myself and grateful for the opportunities that I had to be able to come this far. That day, I was still beginning to understand what this all meant, but I knew that an exciting year lay ahead of me. It was the day I realized that even fifth graders can be in a position of making a positive change to the community, if they truly believed in themselves.