In September, Club Be You hosted a cricket tournament with the help of Beaverton Cricket Club. “There is nothing quite like sports that can bring us all together.” We thought the sporting event would be a great way to bring people together. During the tournament we also had a multicultural food sale. The food sale and cricket tournament were a huge hit and I really feel grateful for everybody who participated and helped make this happen.

It was Saturday night and I was helping for the final preparations for the food sale and tournament. My friends and some Club Be You members gathered at our place to make posters. As we made posters, we talked about how exciting tomorrow would be. I couldn’t wait. When we were finally done I went to sleep hoping for a sunny day.

The next morning, I was so pumped to go. After I got ready, I helped my family pack the supplies into the car and soon it was time to leave.

I got some of my stuff and jumped into the car. It was a perfect day to play sports. When we arrived at PCC Rock Creek campus, we started to set up the stand. We displayed the trophies on the stand. 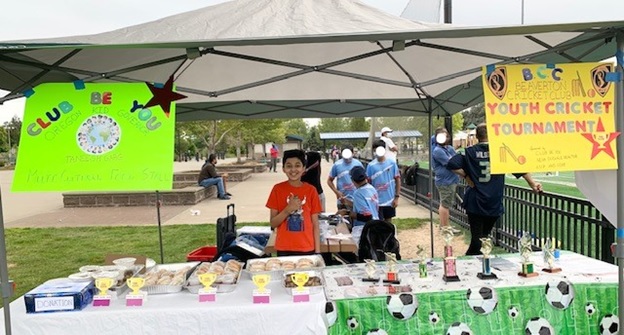 There were four teams called Red Raptors, Green Gators, Blue Bears, and Yellow Yodas. 50 kids participated in the tournament. I was on the Red Raptors team. We warmed up well with some exercises and then went to our match.

Cricket is the 2nd most popular sport in the world. Cricket originated in England but Indians play it the most. Cricket is played by India, Pakistan, Sri Lanka, Bangladesh, Australia, England, New Zealand, Afghanistan, West Indies, South Africa, Ireland, Namibia, Netherlands, Oman, Scotland, Papua New Guinea, and many more countries that I do not know of. It was a beautiful sunny day and I was amazed at how many people were cheering and supporting us.

Me and my dear friends took turns to manage at the food stall. The items were: Chicken or Veggie kebab burger with a side of chips, a falafel Caesar salad, there were cookie brownies or as I like to call it a brookie, and lastly there were Kreme rolls. The chicken or veggie kebab burger was a mix of American and Asian cultures. The Falafel Caesar salad was from Mediterranean and American cultures. And the Kreme rolls were from Europe and East Asia. 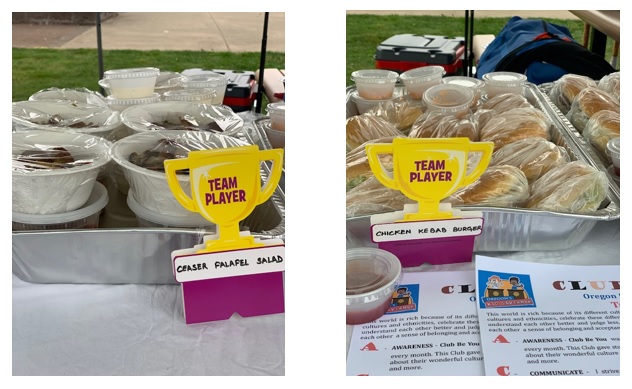 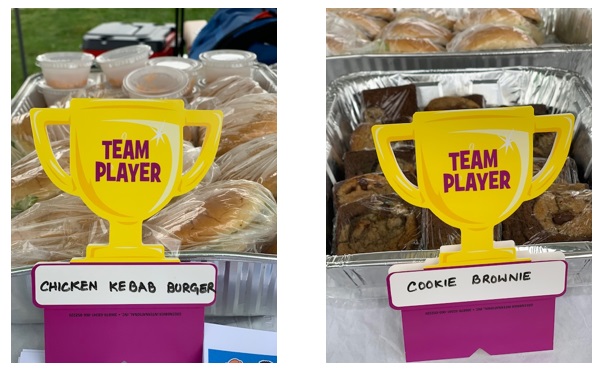 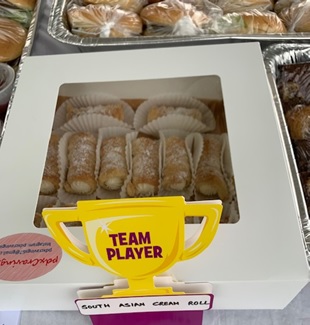 Wow, talking about all of that just made me hungry again 😛

As people stopped by at the stall, it was a great opportunity to talk and distribute flyers we had made about my platform and the Oregon Kid Governor Program as a whole. I met so many kids who wanted to participate in the Oregon Kid Governor program when they were in 5th grade. So many people wanted to try the multi – cultural fusion foods and I was so happy to see so many people donating to help with our cause. We had many customers from kids to adults. When we wrapped up our food stall, we saw that we were able to raise $192.

I would really like to thank my friends and Club Be you members you helped immensely to make this event a success.