Just a few weeks ago I went to the State Capitol of Oregon. My most awaited day and I was thrilled!!

My family and I had been driving for the last 40 mins to get to the Capitol and finally it came into sight. Such a beautiful grand building. 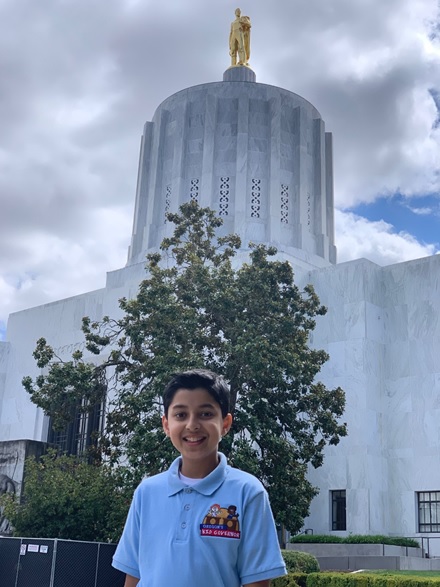 After we parked, we went inside and waited for Nikki. Everything around me looked so cool, historical, and grand. When Nikki came, we all greeted each other and were ready to go. Soon after, Leslie, our tour guide, was so kind to give us a tour around the Capitol and explain a lot of things to us. 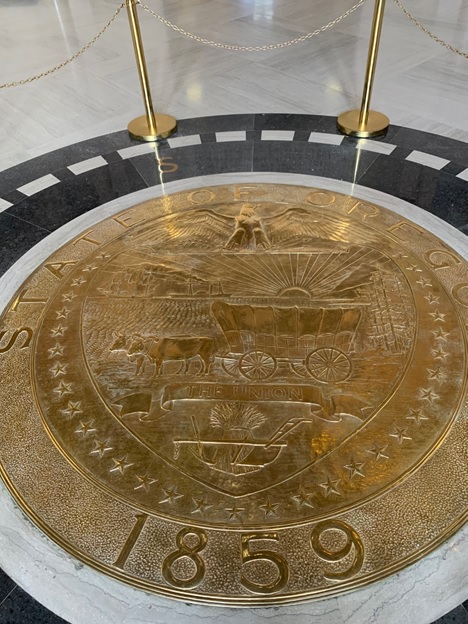 We first started with the Oregon Emblem in the middle of the Rotunda. Leslie told us that the 33 stars around the emblem represented that Oregon was the 33rd state of the United States. The Eagle on the top of the emblem is the country’s national bird. In its left claw it had an olive branch representing peace. In its right claw it had 3 arrows representing that it takes strength to make peace.

In the middle of the emblem there was a wagon with oxen pulling it. She told us it represented the Oregon Trail, a 2,000-mile-long route from Independence, Missouri to the Willamette Valley. I had learned about the Oregon trail at school in 4th Grade and seeing it as part of the emblem was very special to me. I enjoyed Oregon Trail so much that we also got the Oregon Trail Board game. If you have not played that yet, please check it out.

The emblem also had a piece of wheat and a pickaxe representing the natural resources and the hard work. Lastly the emblem had the date when Oregon became a state. It was February 14, 1859. It was on Valentine’s Day! How cool is that!!

After the emblem we went to look at the pictures on the wall in the rotunda. They represented important dates in Oregon’s history.

After the rotunda we went to the Oregon Senate. The senate had a big picture in the middle. Leslie said that it represented the time when the news reached Oregonians that Oregon was now a US State. That date was March 17th, 1859. That’s St. Patrick’s Day! I wondered that it took a little over a month for the news to travel to Oregon, which is unimaginable to us as we live at this age of the internet. 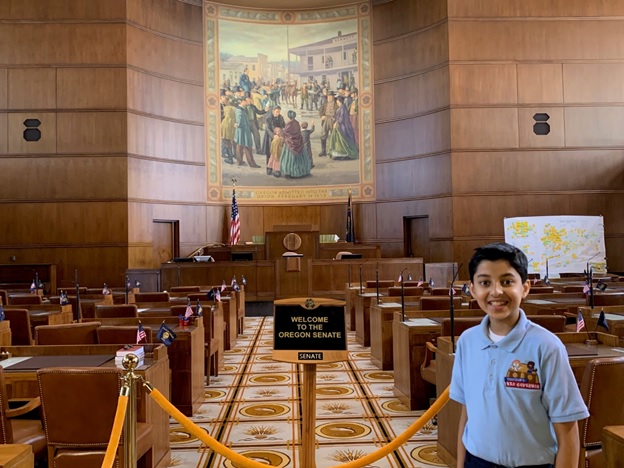 I learned that anybody could see what senators are voting with big screens on the sides of the Senate. I liked how the process is so transparent. It is not private like voting for the president. Anyone can watch the voting happen either by actually going to the Capitol and watching or by tuning in virtually these days.

Leslie got permission and then let me go onto the podium. It was so cool! The view and the feel from up there is like none other. 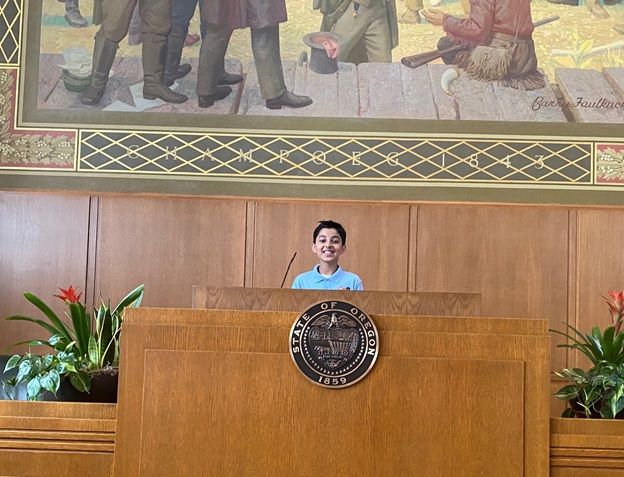 After visiting the House of Representatives, the tour was over. We went back to the rotunda. Then Nikki took us to the Governor’s Office. 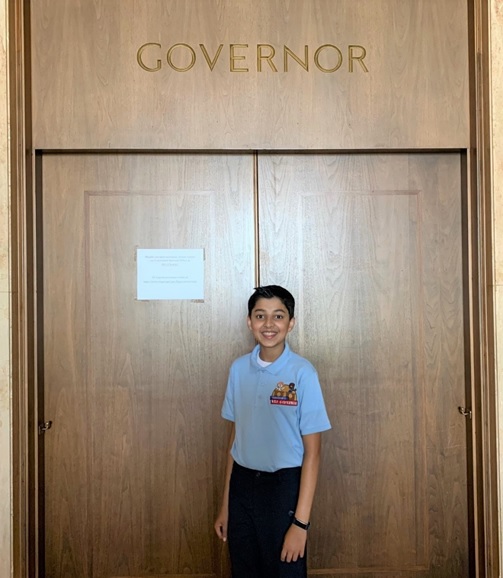 As I stood at the door that says “Governor”, I couldn’t help but wonder how it would feel to really be the Governor of the State . A lady at the Governor’s office showed us around the office.

She also told us about an Oregon flag that had been sent to the moon. Every USA state had one flag sent to the moon and then given back along with some moon rocks. Oregon was one of the only states who still knew where their flag was. So proud to be an Oregonian. 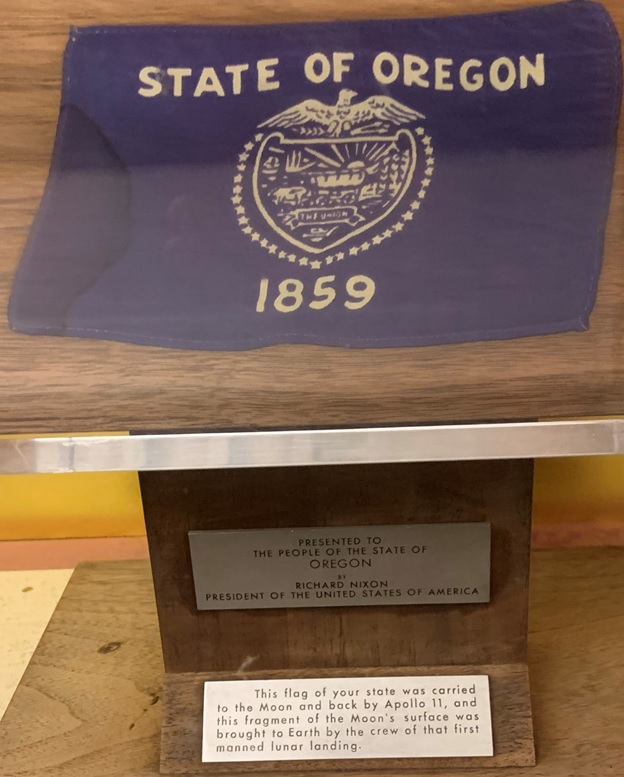 The highlight was when I was given the opportunity to sit on the Governor’s chair and received a pen with the Governor’s signature on it! That is now one of my most prized possession. 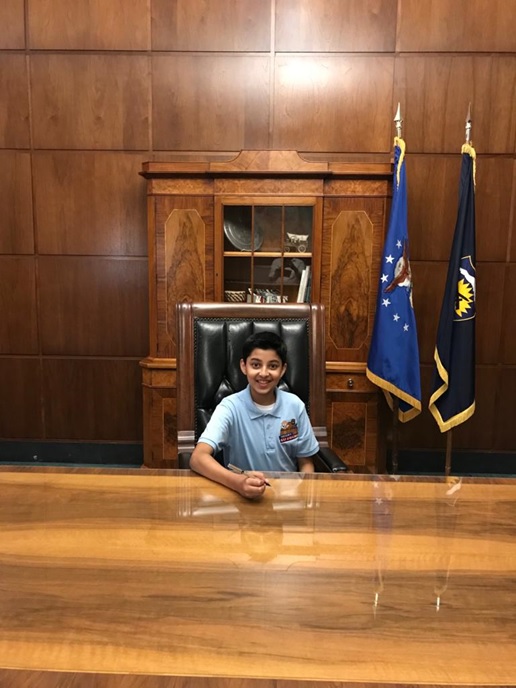 After that we got to see the Conference room that the Governor has her meetings in and I remembered seeing her on TV and it was so cool to see in person where all of that happens.

Soon we went to the Secretary of State’s office. She had a White House made of Legos in her room and I loved how detailed it was! Her chair also had a Wonder Woman cape on it which was so cool. Secretary Fagan’s office had lots of games for children. One thing that really took my attention was a quote on the shelf which said “Be the Nice Kid.” It’s so true that in our daily activities, we want to be the cool one or the smart one or the popular one….but I think being the Kind One is the most important and everything else can come after that. 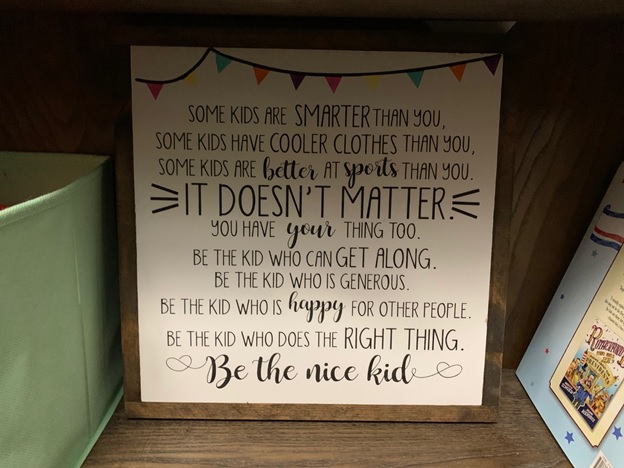 After the Secretary of State’s office, it was time to go. We took a few more pictures and then left the building. 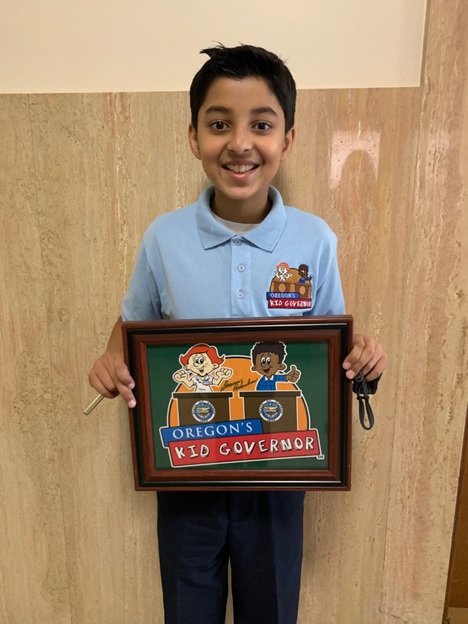 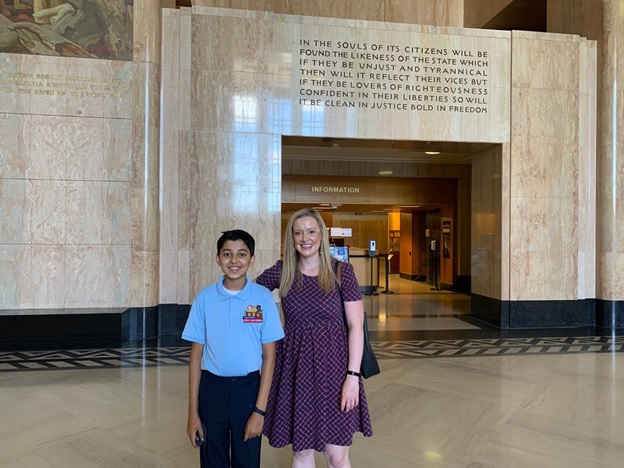 Thank You Nikki for organizing this for me.

While we were going back home, I thought about everything we did there. It was a once in lifetime experience (and my mom took too many photos. as always 😊 ) I hope that I can visit the Capital again soon.