It all started two summers ago, when we were driving home from breakfast. We saw a homeless man on the street as we stopped at a traffic light. We had just gotten a smoothie to go that we hadn’t drunk from yet, and my mom wanted to give it to him. I didn’t think that was such a good idea and tried to not even look at that man. I was scared that he would do something to us. My mom rolled down the window and gave him the smoothie. He looked so happy and grateful! From then on, I was not scared whenever I saw a homeless person on the sidewalk or road!

A few weeks later, I went to volunteer at a homeless shelter with a local organization, Chetana Foundation. That experience further helped me in changing my perspective towards homelessness. I really wanted to do my bit to help the homeless! 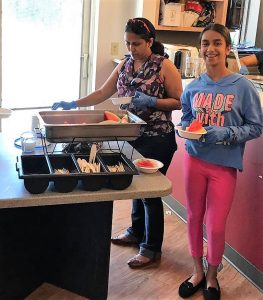 Just around that time, we heard on radio that the CEO of Amazon,  Jeff Bezos, donated a large sum of money to JOIN Portland, an organization that helps the homeless transition into permanent housing. It prompted me to learn about JOIN and felt immediately connected to their mission.

I love cooking and I decided to do my bit to help end homelessness using my cooking endeavor, Raaga’s Fun Kitchen. I hosted fundraisers where I raised money with my cooking and donated the proceeds to JOIN. The fundraisers were very successful. I was having a lot of fun doing what I like, and I was helping the homeless too! 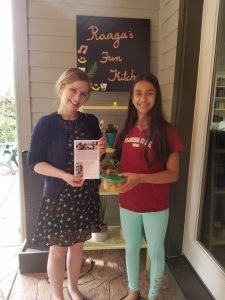 In December 2018, my mom heard an interview on the radio from the last Kid Governor, Erikka Baldwin. When my mom shared the news about the Kid Governor Program with me, I knew it would give me an even more amazing opportunity to spread the word about homelessness, beyond my cooking endeavor. I immediately decided to campaign to become Oregon’s Kid Governor.