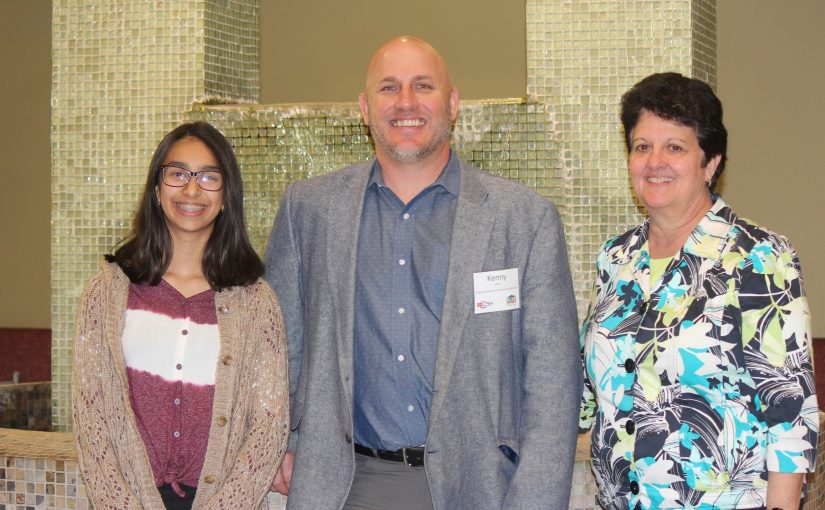 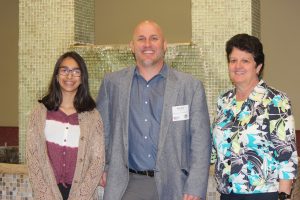 The Oregon government recognizes homelessness to be a major issue in our state. To help address this, in 2019, the government allocated $50 million to be spent on building 1,000 units of permanent supportive housing. Twenty nine different teams from all across Oregon applied for a portion of that $50 million grant. Oregon Housing and Community Services (OHCS), Oregon’s housing finance agency, reviewed those 29 applications, and shortlisted ten teams. These ten teams underwent training with Oregon Supportive Housing Institute (OSHI), an organization OHCS created in consultation with the Corporation of Supportive Housing (CSH). On Wednesday, March 4th, the teams presented their detailed project plan, at Woodburn Medical Center. I felt very honored to be invited to this important event.

It took us about 35 minutes to get to the venue. When my mom and I arrived, we were greeted by Mary Beth Herkert, and Kenny Lapoint of OHCS, who showed us to our seats. 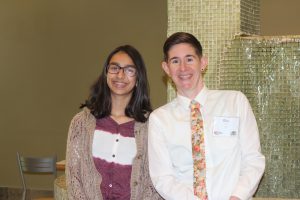 Before we took our seats in the front row, I was introduced to a very friendly person, Rae Trotta, who I later found out was one of the organizers of the event. 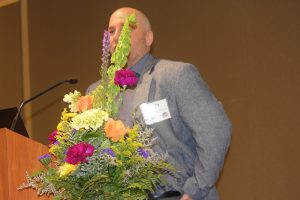 The event began with Rae describing what CSH did. CSH builds healthy communities that serve the homeless on the platform of housing. Rae also mentioned the details of how OSHI came together. Next, Kenny came to the podium, and I felt very honored when he introduced me to the audience, and showed my campaign video.

I even got to share a few words afterwards. I was thrilled to see the audience up on their feet, as I concluded my speech. At that point, the ten teams came up on to the stage, and presented their projects. Through the presentations of the teams, I learned that 11% of the homeless are native american, 16% of them are African American, and most of them have difficulty finding a consistent place to take shelter. I realized that for these ten teams, presenting their projects is not a job, but it truly is their heart’s desire.

After the meeting, I got the opportunity to talk to some of the team members about their project over a buffet lunch. It was gratifying seeing how they all admired my work as much as I did theirs! With over 14,000 homeless people in Oregon, these projects covering 1,000 units might not sound like much, but this definitely leads Oregon on a path of eventually eliminating homelessness. As we drove back home, I felt very optimistic for what the future holds for some of our most vulnerable neighbors.

The summary of the event is at the following link: https://youtu.be/HpRyhuYSlzY