On May 5th, I heard about Cinco De Mayo from a friend of mine. I decided to find more about it. I am grateful that I could reach out to families who celebrate Cinco De Mayo and learned so much about the interesting holiday. It is also easy to remember when it is celebrated because the word Cinco De Mayo means “5th of May”.

Cinco de Mayo is the celebration of the day that the Mexican army defeated the French Empire in the battle of Puebla. Though it is not Mexico’s independence day.

I learned that this Victory was so special because the forces of the French were 3 times as big as the Mexicans and much better equipped. But the Mexicans worked hard enough to defeat them despite their disadvantage.

Cinco de Mayo is celebrated by having military parades and recreating the battle of Pubela. Some of the foods served on Cinco de Mayo are, Guacamole, Salsa and chips, Poblano, Corn and many more. 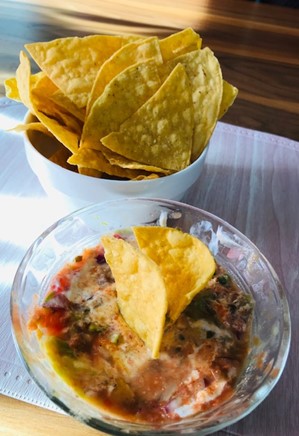 This year, I encouraged my family to do something that reflects the culture on Cinco De Mayo. Even if it’s not that big, we put together a quick Salsa looking at some recipes shared by our friends from Mexican culture and celebrated the day with Salsa and Chips. Little ways we can incorporate the cultural celebration in our lives.

Please email us your thoughts or other fun facts at or.kidgovernor@gmail.com. We’d love to hear what you think. See you next time.