It had been three long weeks since we had submitted our campaign videos and we had been patiently waiting for the Oregon Kid Governor Election voting and results. Then on a bright and beautiful day of 18th November 2020, I joined my class at 8:30 in the morning as usual. I was a bit suspicious when my teacher told the class and me that that there were mystery guests… hmm…. As soon as Mrs. Seawell (my class teacher) gave us the clue “We have some news on who the kids have chosen”, I immediately thought about Oregon Kid Governor but I was not completely convinced. It could have been something else. Then our mystery guests started coming in. First came my Principal and Vice Principal, then I saw that the previous Oregon Kid Governors and other dignitaries from the Oregon Kid Governor program have also joined.

My hands and body were shaking like crazy. Mary Beth Herkert told us about the Oregon Kid Governor Program and how it was a civics lesson for 5th Graders. After that, Raaga announced that I was chosen to be the 2021 Oregon Kid Governor! I thought I was ready for the results whatever they were but it turns out that I wasn’t. 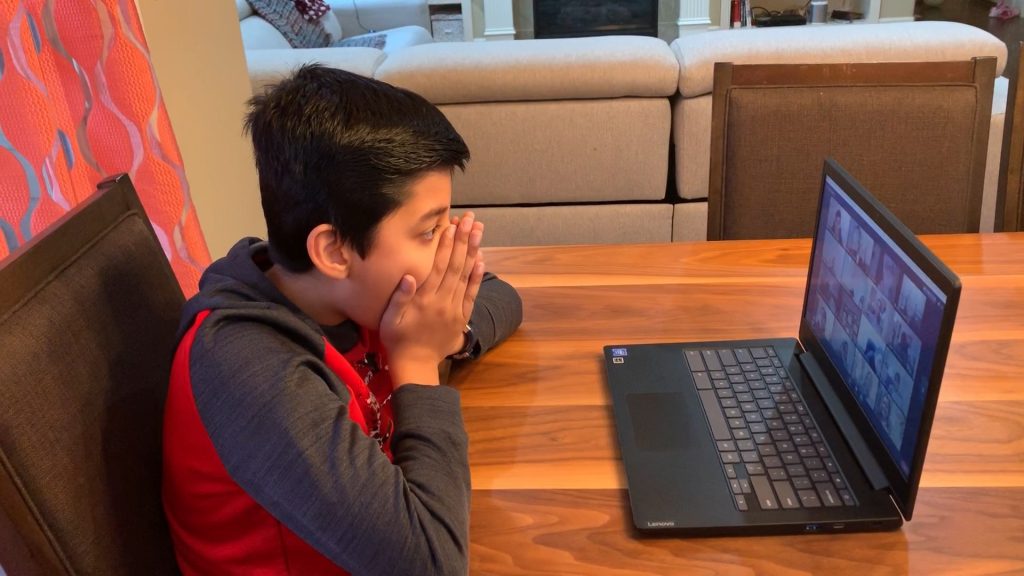 My feelings had gone B-E-R-S-E-R-K. I was shocked, happy, speechless and surprised all at the same time. I couldn’t even register that this was happening. It was like someone had taken out a white-out marker and drew all over my mind 🙂

I heard someone in my class say “Yesssss!!” I came to know that my teacher and my parents had already known this and they had to keep it a surprise. That explained all of my parent’s sneaky behavior over the weekend 🙂

Then Raaga, Dom and Erika talked briefly about their experience during their terms. I gathered that it was sometimes a little bit of extra work but a whole lot of fun and learning.

It was a Wednesday, so my class ended early. When I was dismissed after school, I was still registering that I was going to be the 2021 Oregon Kid Governor.

As things settled down and I played some wall ball, I thought more about it I got more and more excited to start my 1 year term.

I am really Grateful for giving me this opportunity , I promise to give it my best . I would also like to congratulate all the finalists and everyone who participated as well for your amazing platforms. We can together make a difference!!